The recent trend of students from China doing their overseas studies in Europe is so popular that today there are three to five times as many students studying there than in North America. Faced with this great tidal wave of new arrivals, Europe’s local Chinese churches have found themselves with a serious lack of resources to cope with the situation. In our endeavours to save souls, we rejoice to find ourselves facing the task of reaping a ripened field.

Chinese students on the alien soil of Europe treasure Chinese-language literature far more than do their counterparts in North America, where there are, by comparison, much more abundant resources. Our inaugural issue of the European version of Overseas Campus Bimonthly Magazine was published in June, 2006, in the face of multiple difficulties in respect to financial support and publication issues. Yet we took this dramatic step forward, aware of our Lord’s heart aching over lost souls and in response to the Holy Spirit’s leading. It was indeed a step into the Jordan River.

This publication was especially targeting students, scholars and immigrants living in Europe; while its articles communicated the truth of the Gospel, it was also aiming to help provide some kind of spiritual ‘home’ for these one so far from their homes. A total of 8 issues have been published so far, with 13,000 copies per issue, and they have been mailed to 22 countries including England, Germany and France.

Although numberless voices are sounding out from other missionaries and truth seekers, God has reaffirmed His calling to us. At one missions prayer retreat, we were told the following story by a short-term team member, previously unknown to us They had been holding evangelistic meetings in East Germany, but attendance on the first day was very low. That evening they went door knocking in the student dorm, and giving away copies of OCM European version. The next day, good numbers came to the meeting… Missionaries working in frontier areas of Europe have also called this magazine a gift that opens doors.

A Doctoral candidate in Cambridge University, a seeker, sent us an e-mail after going through two issues of OCM: “Life without faith can only be endlessly painful”. We give thanks to our God for the way He has been using this magazine to melt the hearts of truth seekers. 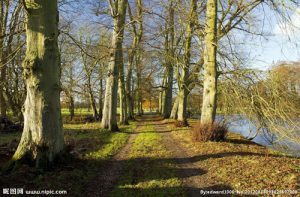 An English reader sent us a letter which said:
“I am a Londoner who has been a believer for 3 years. I thank God for your love for God and others, and that God has blessed you with the gifts, wisdom and strength to publish these articles which not only testify to God’s love but also help us to be strengthened, edified, and equipped to be God-pleasing believers.”
“The third issue of the European version of ‘Overseas Campus’ was particularly effective – it was well-printed, and the articles were deeply moving. In particular, the ‘key verses’ in this issue were printed in a different font and style, so that readers could easily identify the Bible book, chapter and verses they were selected from. I have found this very valuable and it made them more personal. Besides the stories, artwork and editing we are impressed with your dedication and devotion to the Lord’s work.”
“I thank God for calling such fine soldiers as yourselves to His work, and may He greatly use you, so that more people may come to faith in Him through this publication, and be saved. I have a sister who is not yet a Christian; I long that she may also read this Gospel magazine, so please send it to the following address… Thank you!”

Indeed, I feel moved that in this field of spreading the Gospel, we are all together a mighty army of the LORD. Although many of the brothers and sisters in churches and fellowships in North America have had no opportunity to work in this field, but through us, your fellowship in prayer, and through your financial support, many testimonies and powerful words are being sent out to open the heart-doors of many lost souls.

At present, we are seeing an increasing demand for this OCM edition in many parts of Europe; however, as most students are highly mobile it is not easy for an individual to subscribe. They mostly get their copies of OCM through churches or Bible study groups as gifts. Yet postal rates in Europe are high and few local churches can afford to pay the mailing cost, much less the publication cost. (Currently the printing and postage cost of each issue is $ 17,000, a total of $ 100,000 for the whole year).

Over the last eighteen months, with the expansion of our work into Europe and other frontier areas, and particularly with the publishing of the OCM European edition, USOCF financial shortfall continues to increase; and this year it has reached an historical high. However, we believe that in this spiritual warfare for people’s souls; how can one who has already stepped into the Jordan River, draw back?

At the same time, we believe that our Lord is our Provider. Today, may our shortfall provide an opportunity for many churches, fellowships, and brothers and sisters to get involved in this outreach! May there be many who see this as a field of evangelism which the Lord has prepared for them and commit themselves full-heartedly to this work ! may there be many more willing to have the heart of Christ and weep for souls and commit themselves to save souls; and may there also be many willing to turn their worldly treasure into their everlasting inheritance in Heaven…!

Are you willing to be one of them?